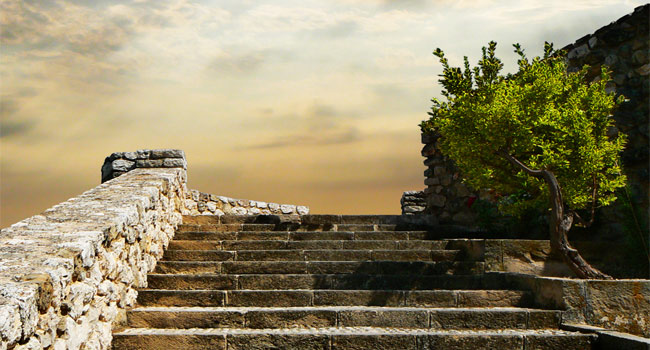 “God…Who desires all men to be saved
and to come to the knowledge of the truth.”
1 TIMOTHY 2:4

Here we see one will of God with two expressions – a gate and a path. We enter the gate in a moment, but we walk the path over time. We are saved in a moment, but we come to the full-knowledge (Greek: epignosis) of Christ over time. So John 3:3 is not telling us about our ending, but our beginning. Birth is the beginning of Life, not the goal of Life. The goal in view here is not being born-again, but entering the Kingdom.

Jesus does not just say, “You must be born again.” If He did then we might be correct in saying that is all there is to it. But Jesus says, “Unless you are born again, you cannot see or enter into the Kingdom of God.” It is clear that the Kingdom is what we are trying to gain entrance into, and while being born again is the gate, the ultimate destination of the Kingdom of God is at the end of the path.