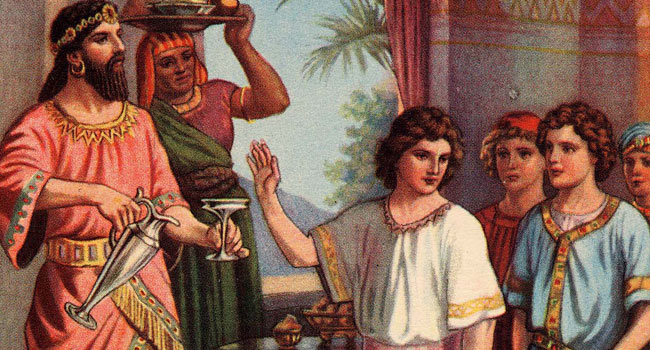 “Daniel purposed in his heart that he would not defile himself
with the portion of the king’s delicacies, nor with the wine which he drank.”
-DANIEL 1:8

The easiest thing to do is to just go along with things, accept them as they are, and not make any trouble. But thank God for that decision! Daniel purposed in his heart – a flame was kindled, and the longer he thought about it, the hotter the fire burned.

While the others were eating and drinking, Daniel motioned to his three friends, and whispered, “Eat mine if you will have it – but I will not sin against the Lord in this thing!” And the three brothers, Hananiah, Mishael, and Azariah, agreed that they would not eat the meat or drink the wine either. Hallelujah! This is what the Lord is after – a small company of two or three, gathered together under a covenant that they will stand for the Testimony of the Lord, for something Heavenly, regardless of the cost!