Why I Don’t Go to Church Anymore 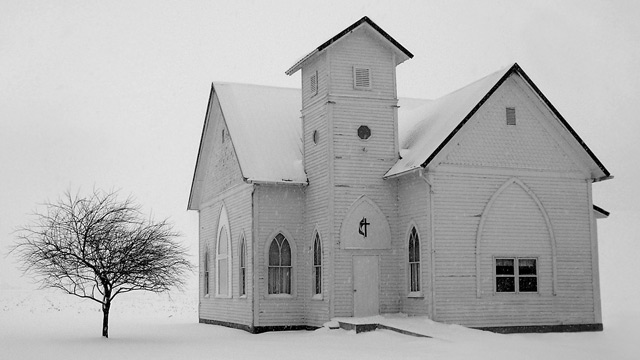 The turning point in my life came in 1995. At that time I was a 24-year-old burned out pastor of a church that had just closed. I was a little angry, a little frustrated, and a little depressed.

As I was half-reading and half-praying, I came across a passage that I had seen hundreds of times before: “[God] has raised us up together, and made us sit together in heavenly places in Christ Jesus” (Eph. 2:6).

That word “together” exploded upon my consciousness – together, together, TOGETHER!

I finally grasped the fact that I am in Christ, and Christ is in me.

From there, everything else fell into place.

If I was resurrected together with Him, then I died with Him.

But on that day, the written Word became the Living Word.

I did not realize it at the time, but that day, and the revelation that came to me that day, would mark the beginning of the end of my career as a preacher for Organized Religion.

Because once I saw Christ as He truly is, I began to see the Body of Christ as it really is – and as it should be.

I began to see what a poor, miserable substitute Churchianity has created.

I realized I no longer “fit the suit.”

But I still tried.

My mission from that day forward was to be the Grand Reformer, another Martin Luther who was going to take this revelation into Churchianity and turn the world upside down.

It wasn’t long before my opportunity came.

The next church that extended a ministry position to me probably thought they were getting the typical Assemblies of God pastor.

What they got instead was a disaster (at least in their mind).

From my perspective, I was just speaking the truth and keeping it real.

I couldn’t figure out why loving people and pointing them to Christ caused so much hate and anger.

Today, of course, I get it.

I understand the difference between being Christ-centered and Church-centered.

You see, I had always assumed that being Church-centered was pretty much the same thing as being Christ-centered.

How naïve and foolish I was in those days.

I also assumed that everyone went to church because they wanted to grow spiritually.

Scriptural integrity? Only insofar as the Scriptures agree with their way of doing things.

As Jesus said, “You nullify the Word of God with your tradition.”

And as God told Ezekiel, “They come and sit before you as My people, and they listen to what you say, but they won’t do anything you tell them. To them you’re a lovely song playing on an instrument; they enjoy listening to you, but they won’t put anything you say into practice.”

Being kicked out of church was the best thing that could have happened to us.

If I had not been kicked out of church, I would still be there trying to reform it.

Trying to fix something that God never intended to be built to begin with.

Occasionally someone says, “Hey Brother Chip, not all churches are bad! What about all the good pastors? What about all the precious people who still go to church? Aren’t you afraid you’re going to offend someone by painting all of them with such a broad brush?”

If the price of saving a few is to offend the many, then no, I’m not afraid of offending the many.

I am more afraid of not doing all I can to help people get delivered from a religion ABOUT Jesus so they can discover a relationship WITH Him.

One time, the disciples of Jesus came to him and said, “Master, don’t You know the Pharisees were offended by what You just said?”

But Lord, what about Nicodemus? Nicodemus was a good Pharisee who supported Jesus! See, not all Pharisees are bad! Oh no, Jesus might have offended Nicodemus by lumping them all together into one broad, general statement about the blind leading the blind! Oh, the shock!

Here’s what Jesus knows: Nicodemus is going to have to decide if he wants to follow Jesus or follow the Pharisees, but there is no way for him to do both at the same time.

In other words, if the shoe fits, wear it.

That goes for Nicodemus and for everyone else trying to have the best of both worlds.

Choose whom you will serve, because you cannot follow Christ and defend Churchianity at the same time.

If you are sold out for the Lord’s purposes, you are on a head-on collision course with Churchianity.

I’m living proof of that.

I wish you well, but that’s not my battle.

My fight is for God’s Purposes to be fulfilled in God’s People.

I want to see God’s People delivered from a Church-centered tradition so they can have a Christ-centered Faith.

I want to see God’s People set free from the shackles of spiritual immaturity so they can grow in grace and in the knowledge of the Lord Jesus – spiritually mature, able to serve God and serve others.

I want to see God’s People rightly handle the Word of God, able to handle strong meat, able to exercise discernment, able to test all things, and able to speak the truth in love without hitting people over the head with Bible verses taken out of context.

And that CANNOT happen within the narrow confines of Churchianity.

The opportunity is Outside the Camp, not inside it.

The Harvest is “out there” not “in here.”

Let the dead bury their dead.

It’s time for us to be about our Father’s business.